Today started off in a very bizzare way… I was up late last night because of the Tuscan Feast and after getting to sleep, was woken up by someone basically trying to break into our room at 3:30am. I reluctantly opened the door and it was a girl in our group, looking to use the bathroom. She went and then left quickly and I went back to sleep. I heard everyone was out really late after the feast, bottomless wine, and clubbing so I figured she maybe she got turned around heading to her room. Luckily it was our door she knocked on though and not someone outside of the group! It was later in the morning when I realized she had (unintentionally) swiped my hairbrush! I got it back though later in the day!

I didn’t sleep much because for some reason I was wide awake at 6am. I tried to update the first Florence blog to correct the drunk-typing but got bored of that and just rested. I was up and ready by 7:30am for breakfast and out the door by 8:15am with Justin, Greg, and Heidi to start our day. The croissants were ‘sweet croissants’ and I had two because they were delicious and I have no self control.

Our first activity was climbing the 463 steps to the top of the Duomo. It was a GREAT day to do that because the weather was just as perfect as it was yesterday. The views from up there were amazing and because it was so clear, you could see for miles in every direction. It was awesome and Florence is a beautiful city! 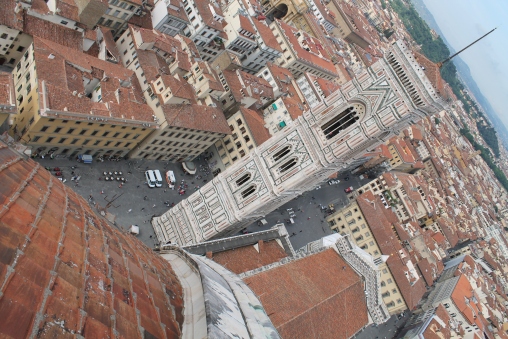 Our ticket to climb the Duomo also came with passes to get into the Baptistery so we went ahead and ‘toured’ the inside of that too. There wasn’t much to see; it was a small space. It was pretty though! 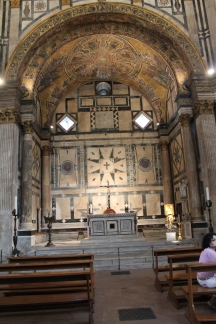 I had to split up with the group to get back to the hotel by 10:30am for our Chianti Wine Tour. Marlene and a few of us went out into the Tuscan mountains and toured the Vignamaggio winery. We heard all about the wine making process, the types of grapes and wines they use/make, and toured the gardens. This particular winery was interesting because there is documented proof that at one point, the real Mona Lisa lived there. At the end of the tour, we were treated to a wine tasting with two types of reds and a meat and cheese platter. Unfortunately, several of us had drank PLENTY of wine from the night before so not only were we tired, we didn’t really want to drink! I somehow managed to avoid the hangover but even I didn’t want to drink anymore. I tried it all though and still enjoyed it. The best part of the tour was the amazing scenery up in the mountains. The weather was great and it was nice to get out of the city and up close and personal with nature. After the tour, we went to a small town nearby called Greve for some gelato. Marlene was late for the tour and she wanted to make it up to us by treating us, which we happily accepted. 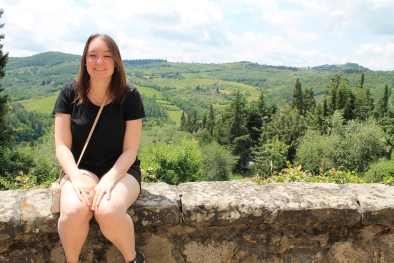 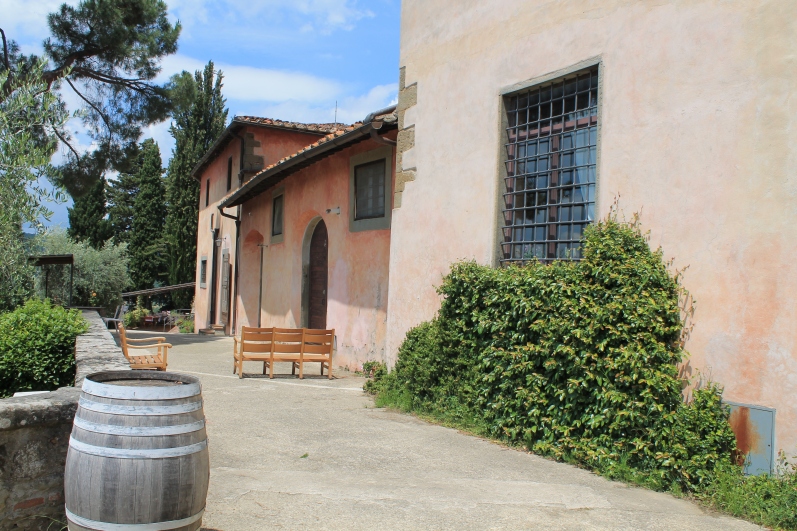 The wine tour lasted until about 3:30pm and when we got back, Victoria, Cassie, and I had to rush to meet up with Justin, Greg, and Heidi because we had tickets to see the Galleria dell Academia at 3:45pm. This museum is most known for housing the original statue of David and upon our entry, we realized that the statue was about the only interesting thing the museum had. It was the smallest one we had visited in all of Europe and didn’t really have much else going for it. We didn’t spend a lot of time there. 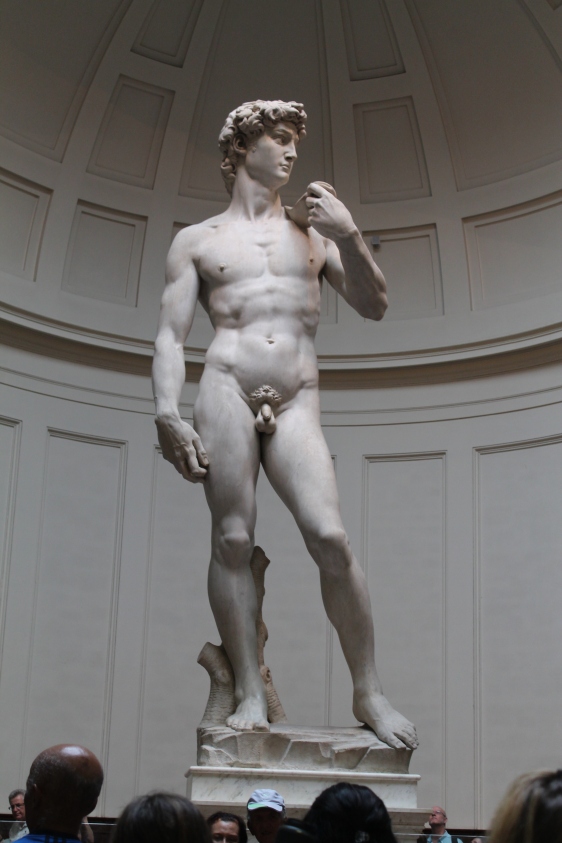 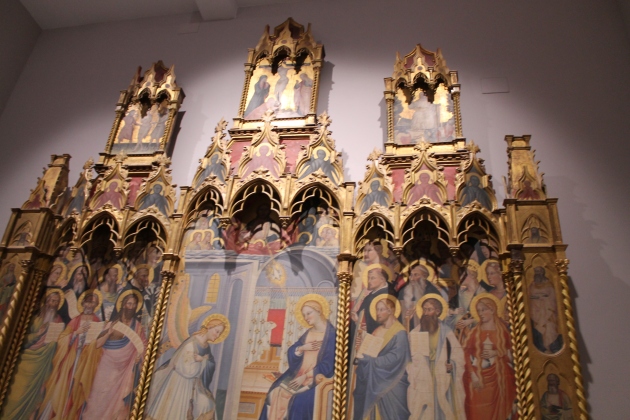 We tried to go into a few other places after leaving the musuem but things were starting to close down so we went back to the hotel to rest. Most of us were operating on just a few hours of sleep so having some down time was great. Justin, Greg, and I played cards while Victoria Skyped until our group dinner at 7:30pm. I also quickly got to Skype with my sister, BIL, and nieces!

Dinner was a ‘Florentine’ buffet at the hotel which was great because we didn’t have to go anywhere! It was delicious, too. The chicken and pesto pasta were big standouts but it was all great. I have not been eating well on this trip (and I know, I know… when in Europe) but I honestly haven’t felt too pudgy or gross up until today. Maybe it was the wine, maybe all of the gelato is finally hitting me… who knows. Feeling pudgy makes me feel sluggish and that combined with being exhausted today just made me want to rest. Several people went out to a color music festival after dinner but I just wanted to go sit, relax, and catch up on my blogs. 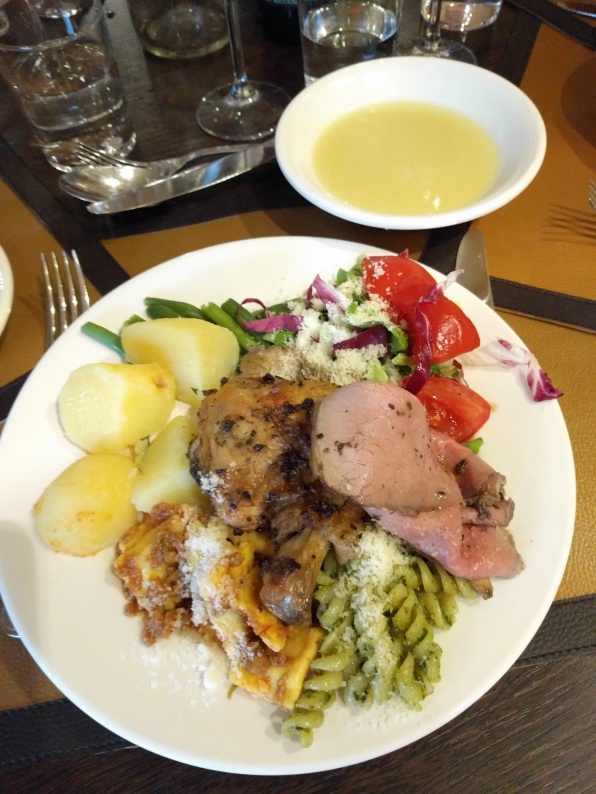 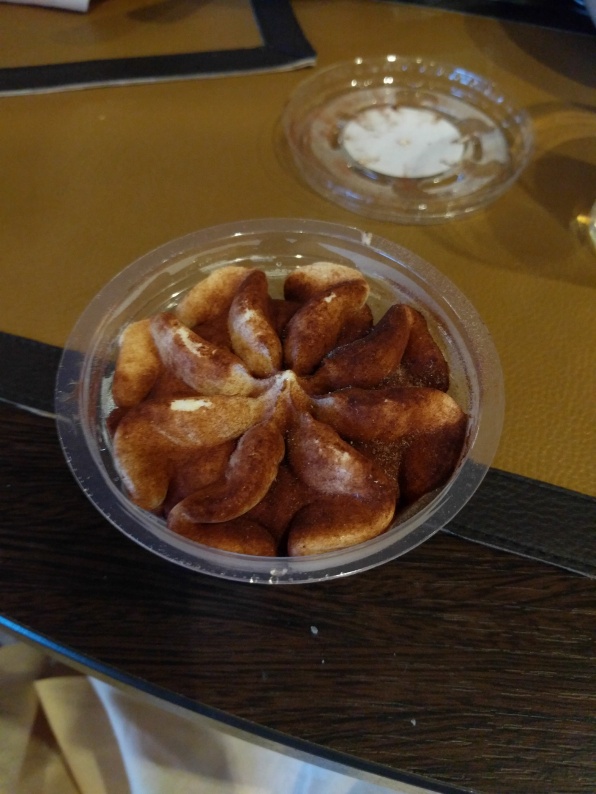 I ended the day with a Facebook Messenger video call with my mom and brother. It was the first time I was able to talk to them since I left 16 days ago so it was nice to see their faces! Shout out to my brother for braving the Houston weather to get my mail and check on my apartment me for me while I have been gone!

Tomorrow we check out of our hotel at 9am and then have a little free-time before we leave for Rome around noon! It really is crazy how fast time goes on this trip!