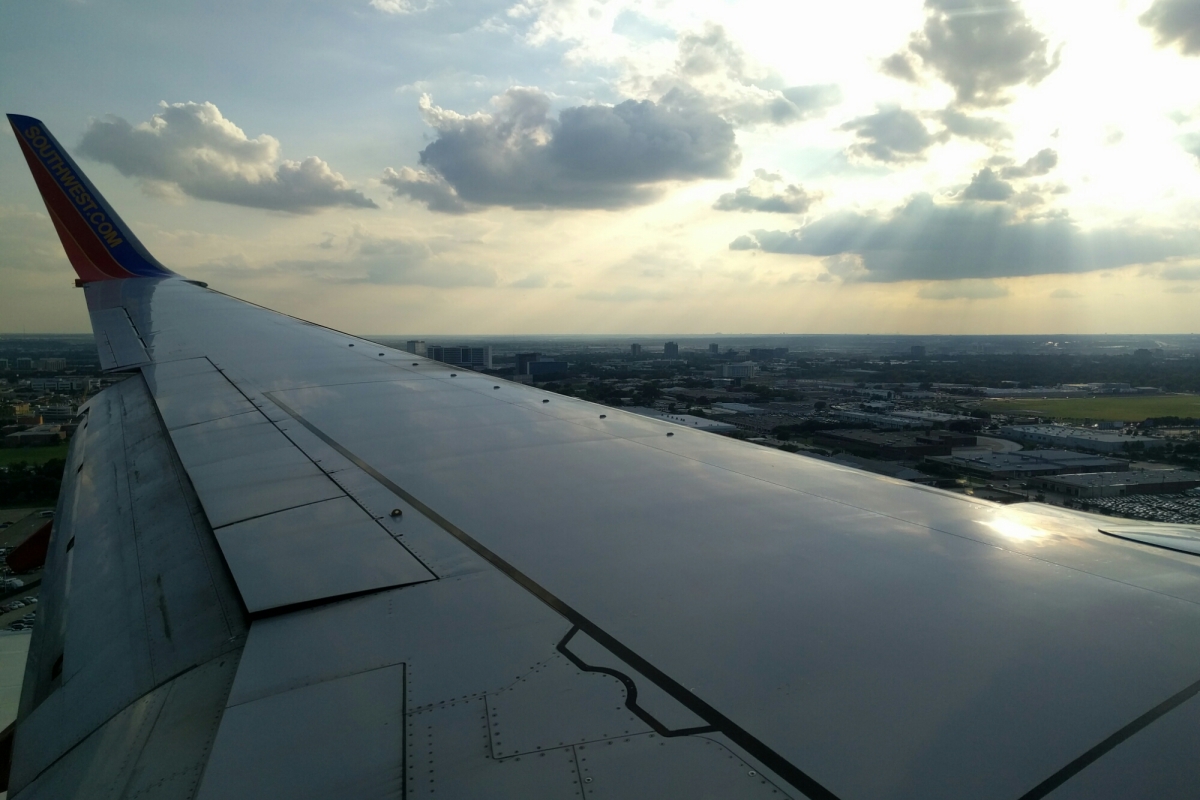 First, a little history: I grew up playing volleyball and swimming. I hated running and luckily, neither sport required much of it. I was always a reasonable weight; never a stick but never overweight. I somehow managed to avoid the “freshman 15” in college but instead ran straight into the “junior 40” and just packed on the pounds. About 6 months after college, I was living in San Antonio and depressed. Very. Depressed. A lot had happened in that 6 months and I felt like my life was spiraling and the only thing I COULD control was my weight. I joined Weight Watchers and lost 20 pounds in just a few months. Shortly after, I moved back to Houston and started coming out of my depression. Over the next 3 years, I gained all of the weight back plus a few extra pounds (I blame the over achiever in me). I could deflect accountability on how and why I gained it all back but it doesn’t matter. On my 26th birthday in March of 2015, I decided I had enough. By the end of June I had lost 20 pounds. In July, I joined a gym, got a trainer, and began working out 3 times a week. Within another few months, I was working out at least 5 times a week. In December, I started doing Bikram yoga at least once a week. In the new year, I started playing sand volleyball again regularly. All of this while running the occasional 5K with my family or friends. My by 27th birthday in March 2016, I had lost a total of 50 pounds and am now currently in the best shape of my life. I’m the smallest, healthiest, most active I’ve ever been (and happiest, too, for those keeping count). Here’s a before and after for you, comparing Dec 2013 to Dec 2015. Here’s to never going back! 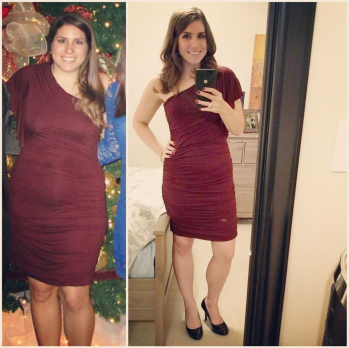 So, why does all of that matter? It all leads up to last February when my best friend, her husband, and I decided to sign up for a half marathon (13.1 miles). The two of them took control of their health and bodies (they were my inspiration!) recently too and we decided to just go for it. We have all worked really hard to be able to do something like this so we didn’t pick just any local half marathon though… we picked one of the biggest, most fun, craziest ones: The Disneyland Half Marathon. 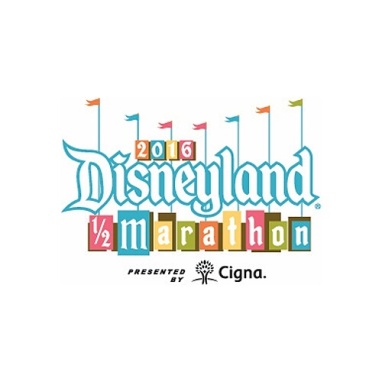 Here we are, 6 months later, ready to go! Well, almost… the race isn’t actually until Sunday. I had to work all week and take care of my responsibilities in Houston first so I visited with my nieces Tuesday night and brought them a 115 piece food set for their kitchen. Seriously, I know it’s early but I think it’s safe to award me the “Aunt of the Year” award.

I dropped Elliott off my at dad and step mom’s house on Thursday after work and visited with them. Elliott stayed with them while I was in Europe so I know he loves being there (and they love him) and that he’s well taken care of. Look how excited he was at their front door! 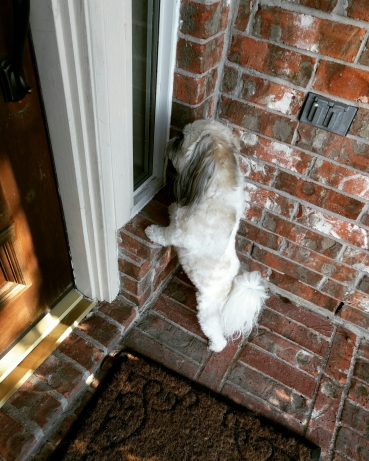 My dad was nice enough to give me his parking card for the airport so I wouldn’t have to pay for parking, which I appreciate!
Afterward, my mom treated me to a manicure and pedicure. I got to sport some amazing shoes though because of my clumsiness and inability to wear my own proper, pedicure-safe shoes. If only they had a way to protect my hands though because I promptly messed up my thumb helping cook dinner that night (mom and Robert made ‘breakfast for dinner’ – the best) and chipped my finger Friday morning whilst shaving my legs in the shower. Why do I bother?! 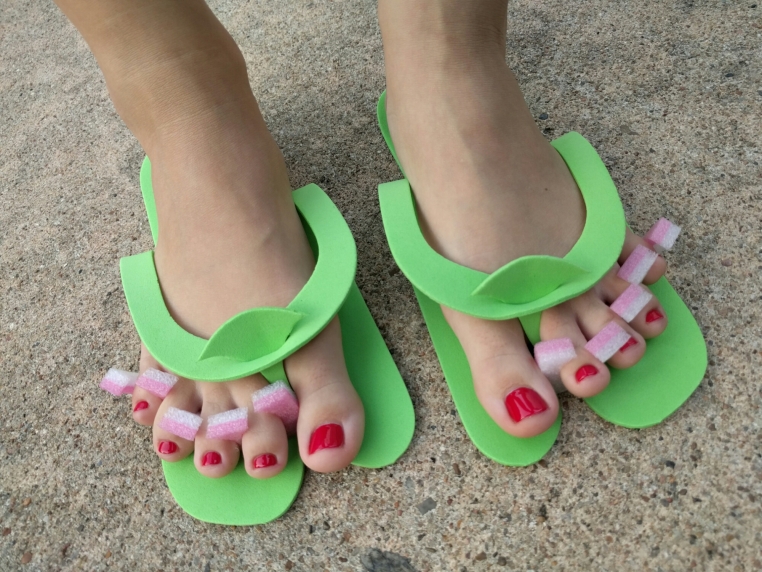 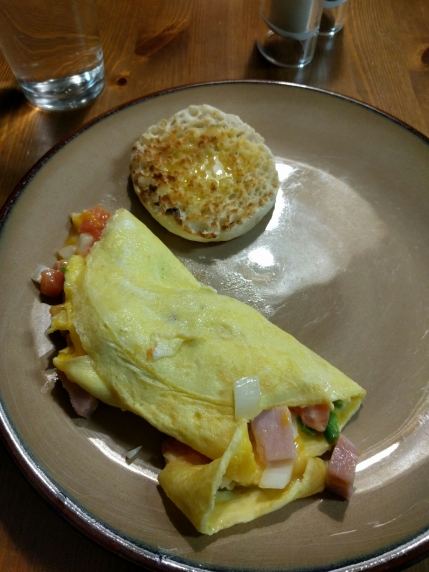 I left work early Friday, ran some errands, picked up the most delicious salad for lunch from my one of my favorite restaurants, packed, quickly cleaned up, got a Chick Fil A milkshake (I still don’t know why… ) and headed to the airport. 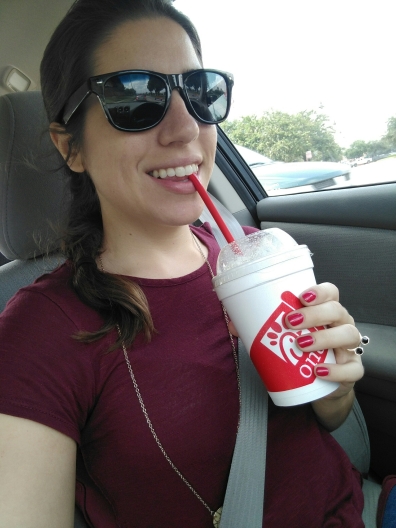 Check out those nails! You can’t even tell I had to touch them up with my own polish. I’m nothing if not a resourceful problem solver.

I started to get nervous on my way to the airport because I wasn’t as familiar with Hobby as IAH and was scheduled to change planes in Dallas, an airport I definitely don’t know. It was giving me a little anxiety but I kept reminding myself that I navigated the Athens airport and changed planes in Istanbul to get home to Houston. If I could do that, I could do this. I also had never parked at one of those parking spots outside of the airport before (with the exception of family vacations) but if I could navigate Paris and Rome subways, I could do this too. Travel level = expert.

Also on my way to the airport, I received notification that my Dallas to LA flight was delayed by a few hours which meant a longer layover. That was a bummer but while sitting at the gate in Houston, I received another notification that while it was still delayed, it wasn’t going to be as long as they thought. That was good news! Good things were happening, people. That is, until they took my paper boarding pass from me. Call me old school but I like having a physical, printed boarding pass and always get one instead of using my phone. I recognize that goes directly against my love for my Kindle though vs. a physical book… the struggle between being old fashioned/traditional and being a modern millennial is constant. I do like holding a book but logistically, it makes more sense to pack a single, compact device instead of several space-taking books. First world problems. But really, if that was the worst thing to happen then life is good.

I boarded the plane and Kelsey texted me (she and John flew over earlier in the day) a picture of an amazing looking donut type thing that they saved for me! I have the greatest friends who clearly know and understand my love for food, specifically sweets. The diet struggle is also constant!

We took off around 5:45pm and landed a short 40 minutes later. I wasn’t asleep on the plane but I definitely wasn’t awake. I don’t know what it is about plane rides but no matter how long they are, you always come out looking and feeling gross. My cute French braid was not so cute anymore. Enjoy a predictable picture of the wing in the sky (my favorite seat) and my attempt at taking a selfie upon landing without embarrassing myself. I don’t think I succeeded.

I picked up some Chick Fil A before heading to my gate, not because I was hungry but because I knew I would be hungry. It was the only thing that sounded good but even so, I couldn’t eat it all. Plus, they gave me “smokehouse bbq” sauce instead of the regular kind and that’s just not okay. Kidding, it’s not that bad and it grew on me but the regular one is better!

My layover was about 2 hours during which I read my Kindle, wrote the majority of this blog, tried to stay warm in that icebox of an airport, and tried to stay awake. I also did some people watching. Airports make for some serious Grade A people watching, take my word on it. My favorite was listening to everyone realize the flight time changed and complaining. Not choosing to be notified of your flight’s status? Travel level = rookie.

I developed an awful headache during the layover so I picked up some Tylenol and chocolate before boarding around 8:20pm. I said goodbye to my paper ticket once again. it’s a good thing I’m not scrapbooking this trip!

We took off right on time at 8:40pm local time and the promptness was appreciated. I read the entire flight and finished my book with about 30 minutes to spare. The cabin was freezing so I was a shivering mess with a runny nose the entire time. My eyes were watery from yawning so much and the Tylenol never really kicked in. It’s also worth noting that I completely regretted the Chick Fil A because my stomach hurt the entire time. BUT, despite all of that, I landed safely in LA at 9:35pm local time (11:35pm Houston time). That’s all that matters! I hadn’t flown Southwest in a long time and was told the crew was pretty entertaining. That proved true when we landed and the pilot said “alright, get out.”

Kelsey and John picked me up and we braved the crazy airport and LA traffic to run by McDonald’s (they were hungry) and then to the hotel. I forced them to take a picture for the blog, even though we all look crazy. #3bestfriends

I’m glad to finally have made it here and am looking forward to the fun long weekend ahead… yes, including the half marathon!