Waking up and getting ready on the boat was an interesting experience. The boat docked at 6am (which was loud and obnoxious) and after that, the boat was significantly more rocky the rest of the way. I really noticed it the most when I was taking a shower but I still managed to shave my legs; I still don’t know how. I was up at 8am and headed downstairs for our group breakfast at 9am. A lot of people didn’t make it down, including Victoria. She didn’t want to be awake at all on the boat so she decided to skip breakfast and stay asleep.

Breakfast was sad. Orange juice, cereal, croissants, and bread. They had a hot breakfast buffet but our ticket included the preset continental breakfast so I made it work. I brought a croissant back to the room for Victoria but I did steal her orange juice. She ended up not eating it and buying a donut later though.

I hung out at breakfast for awhile but decided to go back to the room around 10am to just relax. It was nice to have some actual quiet time, just doing nothing. Of course I fell back asleep though for a quick nap. I was up and downstairs by 11:30am. Victoria was just waking up, putting her at nearly 12 hours of sleep! Everyone else either napped, read, or hung out on deck and just embraced the down time.

I bought the most ridiculously large water bottle for €1.90 and a delicious chocolate muffin before we docked in Patras, Greece at 1pm. We were on the bus by 1:30pm and headed to Poros. We had a quick bathroom break halfway and I was able to connect to Wi-Fi for a minute and pay my credit card bills on time. Hooray for being on vacation but still needing to fulfill responsibilities and be an adult! Marlene also shared some fun facts about Greece with us during the drive: the doors are blue to keep the evil out of the house, the houses are white because of the heat, and there’s a fairytale that when God created the earth he put the soil through a strainer and put the good soil in every country… all that was left were rocks so he threw them over his shoulder and that’s how Greece was formed. I found that one pretty clever and cute. 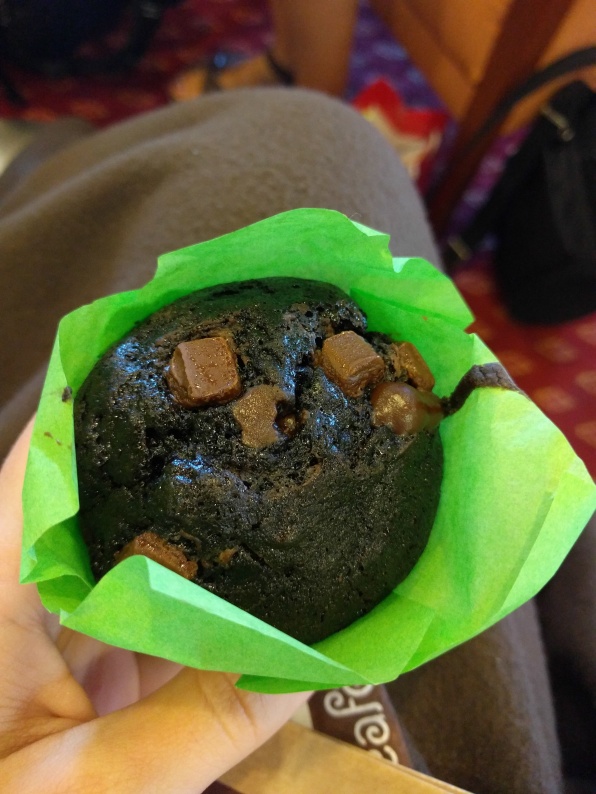 The first leg of the bus ride was torture; not because it was 2 hours long or because we were tired of buses, but because it was up the coastline and we had the beautiful water taunting us the entire time. We were all just so ready to be relaxing on the beach eating gyros!

We stopped just before 4pm for lunch. Yes, lunch.  It was at a shady spot called Canale Cafe and I ordered a club sandwich that actually turned out to be pretty good. I don’t know what was in it but it tasted like it had a Greek spin on the typical club sandwich! I really wanted cookies so I bought a box of chocolate ones with chocolate chips and shared with everyone so that I wouldn’t end up eating them all. Sharing is caring.

Next to the cafe was the Corinth Canal, a 300ft tall, 70ft wide, 4 mile long man-made canale. It was pretty impressive and there were even people bungee jumping off of it. My shirt today has the shoulders cut out and I was worried about getting an even weirder tan line because I forgot to put sunscreen on while we were on the boat but as Victoria pointed out, my shoulders are the only part that need tanning because of my farmer’s tan so… we will see how that works out for me! 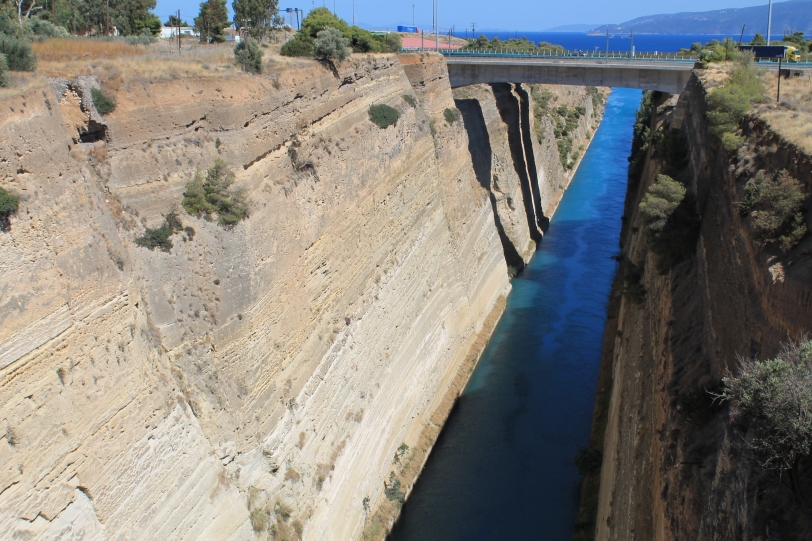 We were back on the bus by 4:45pm to continue to Poros. The bus ride was about another hour and 30 minutes followed by a 10 minute boat ride to the other side of the island. The bus ride was gorgeous and finally getting to step out and really see the island was amazing. I was very excited to finally be in Greece and it was more gorgeous than I could’ve imagined. I think everyone was ready to be here!

We were at the hotel by 7pm and it was the first time we had normal Wi-Fi in days so I just lounged at the hotel and read emails (oops) until our group dinner at 8pm. Dinner was pretty good for the most part. I loved, loved the salad and whatever the entree was wasn’t bad either. It was nice to sit outside and enjoy the warm weather finally after all of the rain we’ve had!

After dinner we enjoyed some drinks by the pool before some of us took the boat back over to the other side of the island to visit downtown Poros at night. Seeing the island lit up at night was beautiful; no pictures could do it justice. It was the first time I went out to a club all trip and I’m really glad I did, the views were amazing. I hung out at the club for a bit, enjoyed my Tequila Sunrise, and watched France beat Albania in the last few minutes of their soccer game before taking a cab back with Anna and Neelum around midnight. 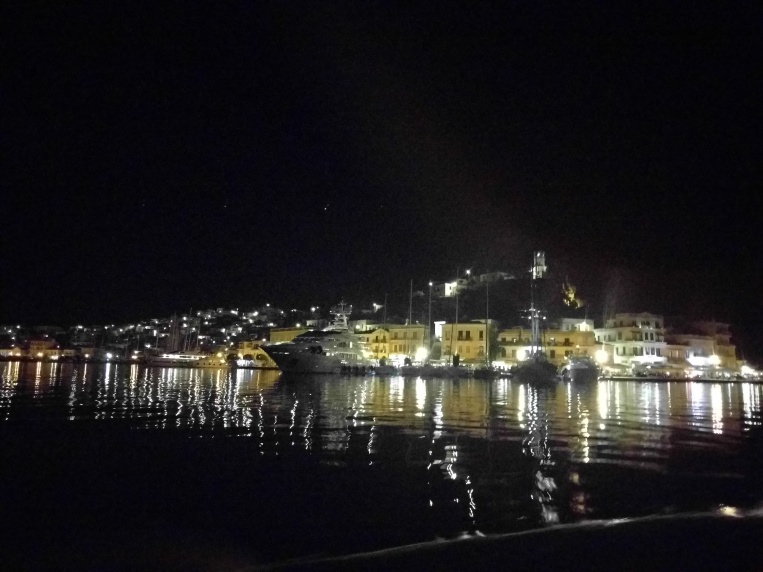 Tomorrow we are going to explore the island via bike in the morning then we get the opportunity to do participate in a variety of water activities like parasailing, banana boating, etc. I’m so looking forward to all of it and to getting some sun. We’ve done and seen so much this trip that it’s going to be great to relax and do things at a slower pace, too.

PS – I ran out of contact solution tonight… I was so close to making it last the entire trip!! Argh.